The Baroque and Rococo time period for fashion was a gradual evolution into new artistic designs and fashion influences. The fashion did not really change unless someone said it had to or should. This era took place from the years 1600-1700 within or near France and Italy just after the Renaissance era. Many influencers for the style and designs came from respected figures like Marie Antionette or artists/architects like Leonardo Da Vinci, Michelangelo, and Donatello. The art scene became more detailed with unique structures in architecture and fashion garments. Art began to tell stories outside of church beliefs and more towards sex appeal.

A new silhouette for women emerged during this period. Wide hoops under the skirt called panniers were used for significant occasions, while smaller ones were used in everyday settings. The waists were also tightly corseted with low necklines with a few notable exceptions. Wide panniers became a standard feature of women’s clothing. This era displays variations of sex appeal in women beginning to come into play because gowns were becoming more revealing and fitted to show off figure.

Men were becoming more familiar with their own significant style during this period. One in particular is known as the habit à la française. The name represents a series of layered items to pull together an outfit. On top was the coat that had a tail, then a waistcoat, followed with breeches or a tie around the neck. The look  was worn by the wealthier men since it was meant for more decorative reasons to show off fabric and embroidery of the garment.

The shoes during this time for women (even men) became more established and functional. The typical heel for women now held the foot sturdier in place while also being able to support the wearer better. It’s relevant to say that the men’s footwear followed the same evolution since men during this time also wore slimmer shoes with a heel occasionally. For women, heels or the footwear stayed relatively low to the ankle while men’s would rise up the calf as more of a boot. Shoes were also becoming more decorative for those who could afford them. In modern day, it seems to be a trend to have decorative footwear for personal fashion efforts. Fancier footwear is continued to be shown through today’s lifestyle as it did during the Baroque and Rococo period through unique design efforts and maintaining a similar ideology for showcasing wealth, good looks, and respect.

Most of these styles from the Baroque and Rococo seem to be showcasing signs that fashion was becoming more personal than law. Sex appeal and personal preference for fashion was becoming more relevant for those who could afford it. Overall, the transition from Baroque and Rococo, proves that many fashion and art efforts evolved into some modern day references that continue to be significant. 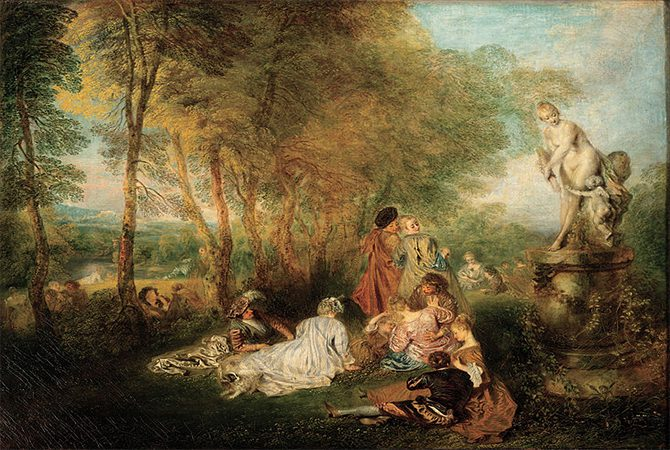